HOW TO DO IT

OBJECTIVE: To describe the experience with the technique of posterior leaflet extension in children suffering of rheumatic mitral regurgitation. METHODS: Between April 2002, and October 2007, 30 children, mean age 11.3 years, underwent correction of mitral insufficiency with the technique of posterior leaflet extension with a pericardial patch. Eight also received a Carpentier ring. Six children had aortic valve disease and were submitted to Ross operation (five cases) or valve replacement with an aortic homograft. All were in functional class III or IV (NYHA classification). RESULTS: There was one death. One child presented severe hemolysis in the postoperative period and was submitted to mitral valve replacement. Clinical evolution in the remaining patients was good. CONCLUSIONS: Posterior leaflet extension of the mitral valve seems to be an effective surgical technique for correction of rheumatic mitral insufficiency in children.

During the acute stage of the disease there is the presence of extensive myocarditis and the mitral insufficiency is resulted of annular dilation, while the valvar leaflets present only edema. With the remission of the acute panel, the mitral insufficiency may completely retreat but, in most of the cases, progressive fibrosis occurs on the leaflets. The anterior leaflet is less affected, but the posterior leaflet presents retraction, being also common the retraction of the tendinous cords. This is the most frequent anatomical situation in the rheumatic mitral insufficiency also co-existing, often, annular dilation [1]. The objective of the present work is reporting our experience with the posterior leaflet extension technique of the mitral valva in children with rheumatic fever.

In the period between April, 2002 and October, 2007, 30 children holding serious rheumatic mitral insufficiency (functional type III or IV according to the classification of NYHA) were submitted to surgical correction by the posterior leaflet extension technique [2,3], at the Instituto Materno Infantil de Pernambuco Prof. Fernando Figueira (IMIP). Seventeen (56.6%) patients were male, age ranging from 7 to 16 years (mean: 11.3 years) and weighting from 18 to 52 kg (mean: 30.9 kg). The operation was performed by median sternotomy with conventional extracorporeal circulation. After aortic clamping, it was performed myocardial protection with infusion of cold crystalloid cardioplegic solution and topical heart hypothermia. The left atrium was incised longitudinally along with the interatrial sulcus.

The decision of repairing the mitral valve was based on the evaluation of flexibility of the anterior leaflet. In case the anterior leaflet happens to be highly fibrous or calcified the plastic surgery is not recommended. On the contrary, it can be performed and the first stage consists in disinserting the posterior leaflet from the ring. The incision must extend from comissure to comissure (Figure 1). The subvalvar apparatus is examined and the shortened secondary cords must be cut. A pericardial patch is then prepared: its length must cover the distance between the comissures and its width must be of approximately 3 cm, for part of it will be included in the suture. The ends of the patch must be cut in a rounded manner, making the patch into an elliptical shape (Figure 2). 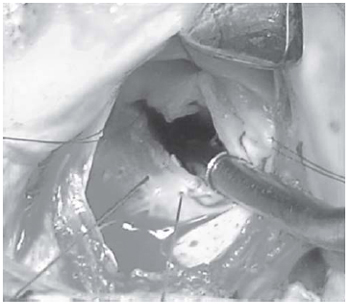 Fig. 1 - Desinsertion of the posterior leaflet from the ring. The incision must extend from comissure to comissure 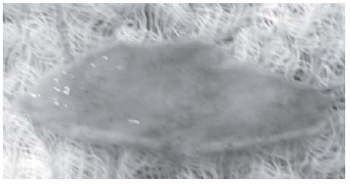 Fig. 2 -Ends of the patch cut in a rounded shape, making it elliptical

The patch is sutured around the ring as well as on the edge of the posterior leaflet (Figure 3), with continuous sutures of prolene 4-0, avoiding a broad space between the stitches that may permit residual leaking and consequent hemolysis. After the operation, the pericardial patch must comprise the body of the posterior leaflet to which the anterior leaflet will coopt during the systole. It is important that the coopting area between the leaflets presents at least 8 mm. When dilation in the mitral ring occurs, the surgery is completed by placing a Carpentier ring (Figure 4). 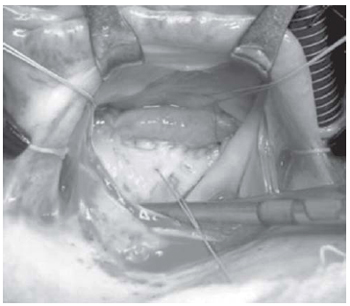 Fig. 3 - Suture of the patch, around the ring and on the edge of the posterior leaflet 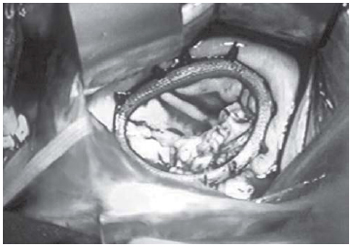 Fig. 4 - Placement of a Carpentier ring, used in cases of mitral ring dilation

One patient died in the early postoperative after hypotension and ventricular fibrillation of unknown cause. One child presented important hemolysis in the postoperative and was submitted to mitral valve substitution. The clinical evolution was positive on the other cases, but the time of evolution is short for a definitive evaluation of the procedure.

According to Carpentier [4], the most frequent mechanism rheumatic mitral insufficiency is the retraction of the posterior leaflet (type III of its classification) due to progressive fibrosis of the leaflet and the subvalvar apparatus. Frequently, this alteration is followed by prolapse of the anterior leaflet (type II of Carpentier) and, in 39% of the cases, associated mitral stenosis occurs [5].

The late results of mitral valve plastic surgery on rheumatic fever are less favorable than of those on degenerative lesions [6] and this is due to the lack of tissue in the rheumatic disease [1]. Several techniques were created among us [7,8], but the operations for leaflet extension, especially the posterior leaflet extension one, seem to be the best option for valvar reconstruction. This technique, described many years ago by one of us [3], allows a better mobilization of the leaflet, a larger cooptation area, less turbulence and minor degree of residual stenosis, in addition to make possible the usage of a Carpentier ring of a higher diameter [2]. The results described in the correction of rheumatic mitral insufficiency using this technique are satisfactory, being 82% of the patients free of reoperation at the age of 10 years [3]. In our practice, the usage of the posterior leaflet extension technique is relatively recent. The procedure is easy to perform, and the preliminary results are satisfactory.