Is Vasoactive-Inotropic Score a Predictor for Mortality and Morbidity in Patients Undergoing Coronary Artery Bypass Surgery?

Compared to previous years, the mortality rate in open-heart surgery has decreased with the development of surgical technique and medical treatment[1]. In contrast, the morbidity rate continues to rise with the increasing number of elderly and high-risk patients[1]. Cardiac dysfunction and intraoperative factors are the most important predictors for mortality and morbidity in open-heart surgery[2-5]. Although there are some parameters that can predict this situation, there is not a specific predictive scoring system calculated with intraoperative parameters yet[6].

Vasoactive treatment is generally performed during surgery by taking into consideration the patients' clinical parameters[7]. A simple numerical formula that calculates the vasoactive-inotropic score (VIS) was firstly used in infants who underwent an arterial switch operation[7]. VIS has been used to determine the postoperative morbidity and mortality risk of adult patients who had open-heart surgery[6].

We aimed to investigate whether VIS is a predictor for early postoperative morbidity and mortality.

This prospective study was conducted between Nov 20 2018 and May 15 2019 upon the approval of our institution's ethics committee (2018/6/69), and the data were evaluated retrospectively. Patients aged 20 years or older who underwent elective on-pump coronary artery bypass grafting (CABG) were included in the study. Different surgical teams performed CABG on the patients, but the anesthesia team (PKB, AE, MEG) was the same.

Mechanic circulatory support, renal insufficiency, cardiac arrest, cardiac arrhythmia, and central nervous system damage were the cause of morbidity and mortality in the postoperative period.

Renal insufficiency was determined according to the RIFLE classification (R for risk, I for injury, F for failure, L for loss of kidney function, and E for end-stage renal disease)[8,9].

Patients who developed morbidity and mortality or not were divided into two groups. The patients’ characteristics and operation data were compared in Table 1.

Data analysis was carried out by using the IBM Corp. Released 2013, IBM SPSS Statistics for Windows, Version 22.0, Armonk, NY: IBM Corp. software. Results were presented as mean ± standard deviation or median for continuous variables and numbers (percentage) for nominal/categorical variables. Comparison between groups was performed by Chi-square test, Mann-Whitney U test, or t-test, as appropriate. The diagnostic accuracy of VIS was analyzed by calculating the area under the receiver operating characteristics (AUROC) curve. We performed a binary logistic regression analysis to find independent factors causing morbidity and mortality. We calculated sensitivity, specificity, and negative and positive predictive values, with 95% confidence interval (CI). A P-value < 0.05 was considered statistically significant.

Receiver operating characteristics (ROC) analyses were calculated to estimate combined morbidity and mortality development according to VIS value. An optimal cutoff point for VIS of 5.5 could predict combined morbidity and mortality as a reasonable sensitivity and maximal specificity - AuROC (95% CI): 0,969 (0,938-1,000) (P<0,001), sensitivity was 0,90 and specificity was 0,88 (Figure 1). 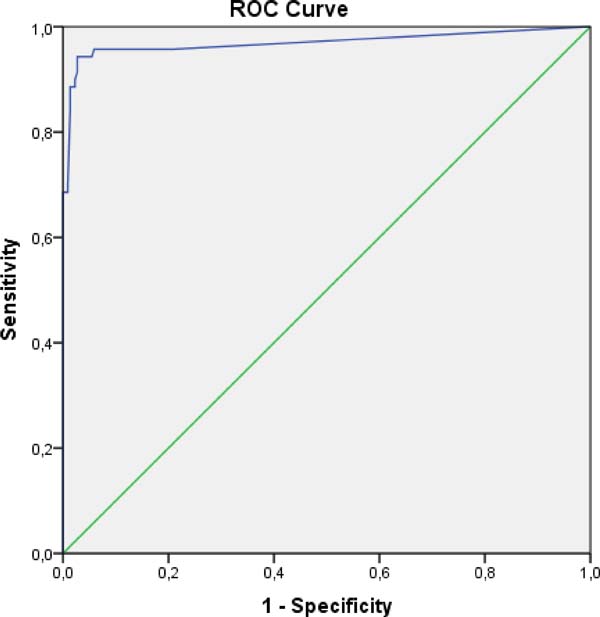 Table 2 - Distribution of combined morbidity and mortality according to VIS value.

Table 2 - Distribution of combined morbidity and mortality according to VIS value.

Low EF, prolonged operation time, high EuroSCORE, and high VIS are independent factors in the early postoperative period for the development of combined morbidity and mortality in patients with elective CABG operation (Table 3).

Table 3 - Calculation of independent risk factors for development of combined morbidity and mortality.

* B means ‘beta’ and it is the unstandardized regression weight

Table 3 - Calculation of independent risk factors for development of combined morbidity and mortality.

We investigated the risk factors for early postoperative mortality and morbidity in CABG planned under elective conditions along with CPB. High VIS calculated at the end of the surgery, high EuroSCORE, low EF, and long CPB time were independent risk factors that increase mortality and morbidity in the early postoperative period.

Cardiac dysfunction, especially in the first 30 days postoperatively, is a significant complication that may cause high mortality and morbidity in patients with open-heart surgery[10,11]. Therefore, it is essential to predict poor postoperative outcomes in patients undergoing cardiac surgery[10,11]. Many clinical, laboratory, and scoring systems such as demographic factors, cardiac performance, planned surgical type and procedure, EuroSCORE, and VIS have been used to predict high morbidity and mortality in the early postoperative period[4,5].

Inotropic use is frequently required in the cardiac surgery intraoperatively[7,14,15]. Besides, the inotropic drug requirement is influenced by many factors such as patient characteristics, surgical procedure, CPB and ACC times, amount of bleeding, and type of treatment given in the ICU[7,14,15]. We performed VIS measurement at the end of the surgical procedure, where the patient was most stable, and the factors affecting inotropic use were minimized. Also, another factor that determines the inotropic need is the type of surgical procedure to be performed on the patient. The patient population in our study was limited to CABG operation, unlike the literature. We think that the high VIS score is a good predictor of developing postoperative morbidity and mortality.

Long ACC and CPB times cause more myocardial dysfunction and a high inflammatory process[21-24]. Long CPB time may result in postoperative bleeding and morbidity caused by excessive blood and blood product transfusion[21-24]. In our study, long ACC and CPB times were risk factors affecting morbidity and mortality. However, CPB time alone was found to be a statistically independent risk factor.

We found that high VIS values, poor cardiac performance (EF), long CBP time, and high EuroSCORE were independent risk factors for determining morbidity and mortality. What we want to emphasize is not to limit the inotropic drug whenever it is required. We propose the hypothesis that increased VIS scores for reasons such as patient's characteristics or duration of surgery are associated with poor postoperative outcomes.

VIS is the most critical and EuroSCORE is the second most important scoring systems. They independently predict combined morbidity and mortality in undergoing elective coronary artery bypass surgery.

PKB Substantial contributions to the conception or design of the work; final approval of the version to be published

FG Analysis of data for the work; final approval of the version to be published

EK Interpretation of data for the work; final approval of the version to be published

MEG Interpretation of data for the work; final approval of the version to be published

AE Substantial contributions to the conception or design of the work; final approval of the version to be published

TO Substantial contributions to the conception or design of the work; final approval of the version to be published