The case of a 36-year-old male agricultural worker from Patos de Minas suffering from vitiligo is reported. Since childhood the patient was unable to participate in sporting activities or make moderate effort as he suffered from fatigue and dyspnea. About one year prior to this consultation, the patient presented with an episode of palpitations after physical effort, which was followed by dyspnea, chest pain and fainting. He was treated by electric cardioversion in a hospital emergency department for atrial fibrillation with a good response and hemodynamic repercussions. He was discharged taking losartan, furosemide and warfarin and maintained on atrial fibrillation at a frequency of 80 bpm. The echocardiogram demonstrated cor triatriatum associated with severe mitral valve insufficiency.

With echocardiographic criteria for surgical correction and a history of clinical decompensation, he was referred to Hospital das Clínicas of UFMG for surgery, where he arrived in Functional Class III (NYHA) three months before undergoing surgery.

The electrocardiogram demonstrated the heart was arrhythmic with an atrial fibrillation pattern, the heart rate was 72 bpm with left and right atrial overload, and left and right ventricular overload.

A radiogram demonstrated an increased heart area, protrusion of the right atrium and an increase in the central pulmonary vascular network with signs of slight congestion.

An echocardiogram showed situs solitus with levocardia and normal venoatrial and ventriculo-atrial connections. A membrane in the left atrium had an orifice of around 1.5 cm, there was severe mitral valve insufficiency without thickening of the valve as well as slight tricuspid insufficiency and slight diffuse hypokinesia. The ejection fraction was 54%, the left ventricle (LV) at systole was 47 mm, LV at diastole was 66 mm, left atrium was 51 mm, the pulmonary artery systolic pressure was 50 mmHg.

Clinical decompensation occurred one year previously with atrial fibrillation and regurgitative murmur at a mitral valve focus as seen in the clinical examination associated to dyspnea and fatigue during medium effort since childhood led to a strong suspicion of parallel heart diseases. The echocardiogram clearly showed the severe mitral valve insufficiency without signs of calcification or stenosis, the cor triatriatum with a membrane dividing the left atrium into two chambers with a central orifice of about 1.5 cm with flow from the pulmonary veins to the proximal (non-valvar) side of the chamber. As well as the good anatomic view in this case, the echocardiogram supplied important data in respect to the sizes, chamber pressures and myocardial function, compatible with the clinical conditions of the patient.

Median sternotomy was performed with hypothermia at 34ºC. Cardiopulmonary bypass was established with systemic heparinization and placement of the aortic and cava cannulae (with tourniquet), using anterograde hypothermal intermittent crystalloid cardioplegia at 4ºC. After opening the left atrium, a membrane similar to a diaphragm was observed [1] with an oval orifice (Figure 1) of about 1.5 cm providing a communication between this part of the free atrium into which four pulmonary veins flowed and the other side with the mitral valve. Additionally, the mitral valve was degenerated, very fragile and insufficient but without thickening. The membrane of the cor triatriatum was resected (Figure 2), the mitral valve was examined and as repair was impossible due to the great degree of degeneration and valvar fragility, mitral valve replacement was performed with a mechanical prosthesis. Moreover, endocardial ablation was performed by the atrial partitioning technique (MAZE) [2,3], first in the left atrium and then the right atrium using common low-temperature cautery. An anatomopathological examination of the mitral valve showed myxomatous degeneration. The patient was released from hospital on the eighth postoperative day on anticoagulation therapy, in sinus rhythm with first degree atrioventricular block and in good clinical conditions. 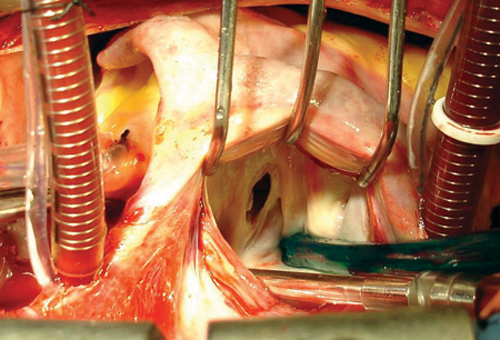 Fig. 1 - Open left atrium showing the membrane with an oval orifice of around 1.5 cm dividing the two communicating chambers 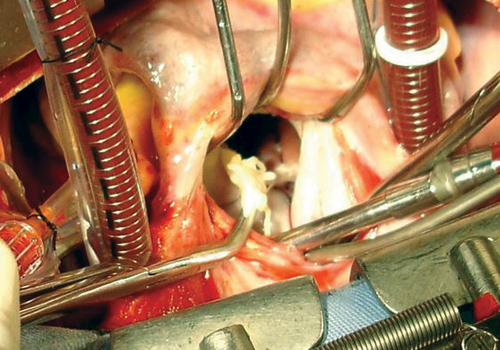 Fig. 2 - Resection of the cor triatriatum membrane, transforming the left atrium into a single chamber